“ever-present, cause of all existence, infinite, all-powerful”.

Contrary to the popular understanding (that Hindus have many Gods), Hindu Dharma actually recognizes one Divinity called “Brahman”, who is eternal i.e. ever-present and cause of all existence, infinite, all-powerful, and beyond comprehension.

In this respect, Brahman is considered as without any attributes of form, color, or shape. Hindu Dharma does not recognize the 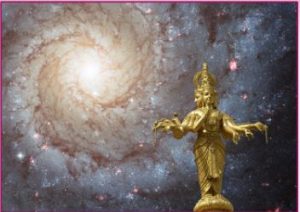 Brahman as the one who commands humanity to live in a certain way out of fear, but rather a personal Devata or Bhagwan with attributes any individual can worship out of devotion (or bhakti).

Brahman takes forms as perceived by humans. These forms provide a basis for Hindus to easily pursue the Brahman – the supreme divinity which might be difficult to understand otherwise. So Hindu Dharma supports both form as well as formless worship of the Brahman. Whatever the form Hindus worship, it is ultimately the same divinity – Brahman.

The word “murti” is typically translated as “image” or “idol,” but these words are very limited. To Hindus, a murti (or deity) is a powerful visual used to understand the concept of Divinity and also to communicate with it. Murti is believed to be charged with the presence of Brahman, thus Hindus may offer their prayers and devotion to a Murti. 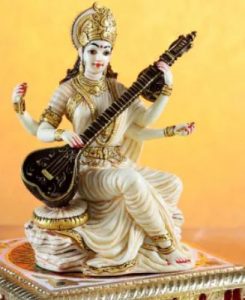 Brahman can manifest in both masculine and feminine forms or murtis representing different qualities or aspects of the divine to focus on. Some examples of different manifestations include Brahma – the creator, Vishnu – the preserver, and Shiva – the dissolver. Female forms include Goddesses such as Lakshmi -the goddess of wealth, Saraswati – the goddess of knowledge, and Parvati – the goddess of strength. Other popular forms include Ganesh – the remover of obstacles, and Hanuman – the embodiment of strength and perfect devotion.

Respecting mother and father also as part of the Divine has been an inherent part of Hindu Values. Parents play a critical role in 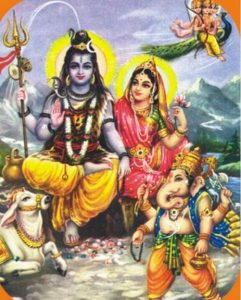 everyone’s life by teaching the first step and first word. Their unconditional love and support provides the basis for us to venture out of home and blend into the society. They provide the knowledge and the path to understand the Brahman. Worshiping mother and father as forms of Brahman is one of the strengths of Hindu Dharma which we all should be proud of. It also teaches us the importance of taking care of our parents as we grow. Mother is revered even by Bhagwan in human avatars, be it Sri Ram or Sri Krishna. Even scholars like Adi Shankaracharya, Sri Ramakrishna, Swami Vivekananda praised mother as divine.