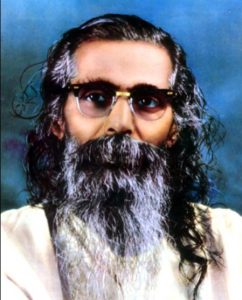 “We are never wanting in learning, wealth and bravery. And yet, it was due, as I have said so often, to the want of the consciousness of fundamental Hindu unity, the fact of our being one organic whole. We never realized the secret of organized strength and hence we lost our freedom and peace though always numerically superior to any invading force, for want of organized life.“

Madhav Sadashiv Golwalkar was the second Sarsanghchalak of the Rashtriya Swayamsevak Sangh. He is well know as “Guru ji” in Sangh. He has been widely noted to be the most prominent philosopher of Hindutva. He authored many books and most notable ones are “Bunch of Thoughts” and “We, or Our Nationhood Defined”. He lived from 1906 to 1973.