Sangh gives more emphasis on celebrating six utsavs (festivals) – Yugadi, Hindu Sanghatan Diwas, Guru Poornima, Rakshabandhan, Vijayadashami and Makar Samkranti. All these utsavs, except Hindu Sanghatan Diwas, are celebrated even outside the Sangh. Traditionally, Hindu Sanghatan Diwas is not really a utsav (festival). Naturally, the question arises in mind that, “why did Sangh start a new utsav, while we already have so many utsavs?” This article explains the reason and purpose of this utsav.

Our spiritual country, Bharat, had been under the yoke of the foreign invaders for a long long time. Since 2000 years until 1947, foreign invaders including British not only looted Bhaarat but also tried to destroy her culture. Under foreign rule, people could not even follow their rituals and Dharma. Few attempts were made by some warriors and kings to defend the country against these invaders. They were even successful to some extent. But that did not last long. It was a general perception that Bhaaratiya people are cowards and Bhaarat is a place where all can throw their dirt. And it was the situation that there was not a single Hindu king in the last 1000 years. But this situation changed when Shivaji was born.

Shivaji was a son of a Maratha warrior / chieftain, Shahaji. His parents instilled a pride in him about his country and culture. In his childhood, Shivaji took an oath that he would fight against foreign invaders and establish a Hindu kingdom. 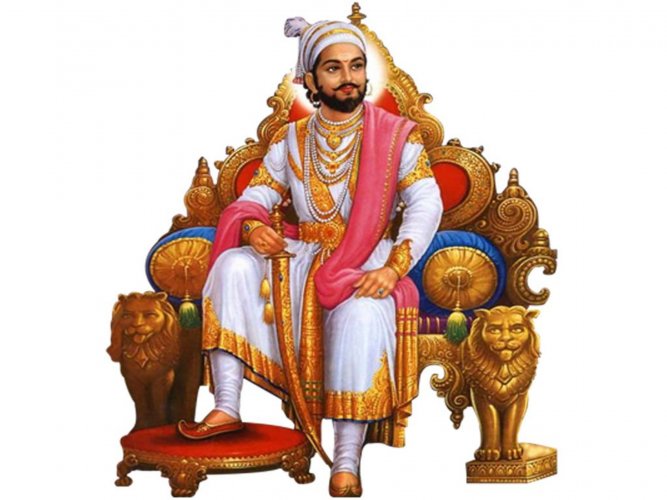 In his lifetime, Shivaji fought many battles. He did not hesitate to put his own life in danger. His warfare strategies, tactics, diplomacy, administration, politics, justice, foresight and judgement were second to none. The most unique thing was that he united all Hindu people regardless of their caste and encouraged them to fight against the foreign rule. He gained the trust of the common people. Common people were even ready to die for him.

The secret of Shivaji’s success lay particularly in motivating the people to strive and sacrifice for the establishment of a free Hindu kingdom and not for the sake of any individual king or chieftain. He transformed the idea of personal loyalty to some particular chieftain into one of loyalty to the entire nation and its liberty.

Shivaji did many exceptional things. He introduced new military strategies, new weapons, new type of training to soldiers, building up new resources from scratch, new rules of administration and taxation. His personal heroism was matchless.

Shivaji started from nothing. After a continuous 17 years of efforts, he established an ideal Hindu kingdom and coronated himself as a king. This was the most beautiful thing that happened in those days. People were extremely happy to see their own kingdom after a long time of 1000 years. Sangh celebrates Shivaji’s coronation day as a Hindu Sanghatan Diwas. Literally, it means Hindu Unity Day. The choice of this particular day for celebration lies in its inspiring historical significance. This occasion holds up inspiring lessons for the Hindus for their future march.

What is the importance in today’s world?

Now, you may ask, “Ok! We appreciate Shivaji. But why is it so significant in today’s world!!?” Today, we see that Hindu people have lots of talent and knowledge. As an individual, they are excellent. But they are divided. There is a lack of unity amongst all Hindus. Also, there is a perception that Hindus can not be united. In the past, Shivaji changed this perception and brought back glory for Hindus. Today, Hindus are humiliated and dominated just because of lack of unity. Sangh has taken up this task to unite all Hindus and bring back the glory for them. It should be noted that Sangh has chosen Shivaji’s coronation day for celebration, because for Sangh, Shivaji’s coronation day is more significant than his birth day or any other day. Our Hindu Dharma is not a closed book. This utsav is a value addition in our Dharma.