Shiva is a one of the Hindu Trinity (Trimurti) – Brahma, Vishnu, and Maheshwara (Shiva). The Trimurti together operate (Generation, Sustenance and Dissolve) the Universe. Shiva’s job is to dissolve the universe. That is why he is also known as the dissolver.

You may ask, “Well, if Shiva is a dissolver, then how come he is a God!!??” Shiva dissolves the universe for good. Every creation sustains itself by balance between the opposing forces of good and evil. Winter is essential for Spring to appear and the night is necessary for the morning to follow. A goldsmith must melt old irreparable golden jewelry to create new beautiful jewelry (ornaments). Similarly, when the balance of the universe is disturbed and sustenance of life becomes impossible, Bhagwan Shiva dissolves it for creation of the next life cycle. 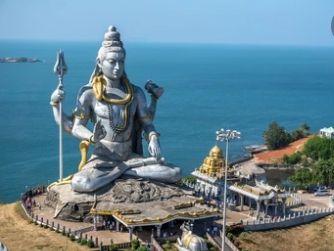 Though the God is formless and attributes less, Hindu people see Bhagwan Shiva in a very unique form for worship. Bhagwan Shiva has a blue complexion that stands for an endless body, like the blue sky or ocean. He carries a snake around his neck, which represents evolutionary power (the power to keep growing and changing) in the human body. Bhagwan Shiva has four hands – one is holding a drum to announce the Big Bang at the begging of the Universe, the next is holding the fire of destruction or a Trishul (त्रिशूल, triśūla, a divine  trident weapon), the third offers blessings. Shiva’s blazing hair represents movement within a circle of fire and the circle encasing him shows that there is no end or beginning to the universe.

Bhagwan Shiva is known by various names. Few names of the him are – Mahadev (The Great God), Tri-netra (three eyed), Neelkantha (blue necked), Nataraja (divine cosmic dancer), Ardhanareeshwara (both man and woman), Mritunjaya (conqueror of death), Rudra (God of Anger), Kailaspati (Bhagwan of Kailash – a mountain), Pashupatinath (Bhagwan of the beings), Umapati (the husband of Uma), Gangadhar (bearer of the sacred river Ganga), Jatadhari (one who has matted hair), Vira Bhadra (valor personified). There are legends behind each name. Try to learn those legends from other sources. 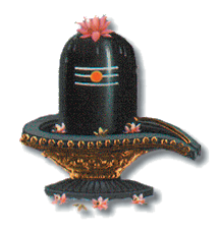 Shiva-Linga (see picture) is a symbol of Bhagwan Shiva. Wherever you find the icon/image of Bhagwan Shiva, Shiva-linga is also found along with it. It represents the infinite cosmic energy necessary for life. Shiva-linga neither has any form, nor is formless. That is why it is also called aruparupam (formless form) which also represents the ‘formless’, ‘attributeless’ and ‘omnipresent’ state of the God.

There are many stories for Maha Shivratri. According to the Puranas, during the great churning of the ocean called Samudra Manthan, a pot of poison emerged from the ocean. The gods and the demons were terrified as it could destroy the world. They ran to Bhagwan Shiva for help. Bhagwan Shiva drank the deadly poison but held it in his throat instead of swallowing it. This turned his throat into blue and since he came to be known as “Neelakantha” which means the blue-necked one.

Maha Shivaratri is celebrated to offer prayers to Bhagwan Shiva for saving the universe from the imbalances. Actual meaning of Maha Shivaratri is “The Great Night of Shiva”. It is also believed that on this day Bhagwan Shiva was married to Parvati. Maha Shivaratri is celebrated by Shiva devotees. It falls on the 14th day of the dark half of the Hindu month ‘Margashirsha’ (February-March). The ceremonies take place chiefly at night. On this festival people worship Bhagwan Shiva. This night marks the night when Bhagwan Shiva danced the ‘Tandav’ (a type of dance). Hindus observe a strict fast on this day. Some devotees do not even take a drop of water and they keep vigil all night. The Shiva-lingam is worshipped throughout the night by washing it every three hours with milk, curd, honey, rose water, etc., whilst the chanting of the Mantra “Om Namah Shivaya” continues. Offerings of bael leaves are made to the Lingam as bael leaves are considered very sacred. 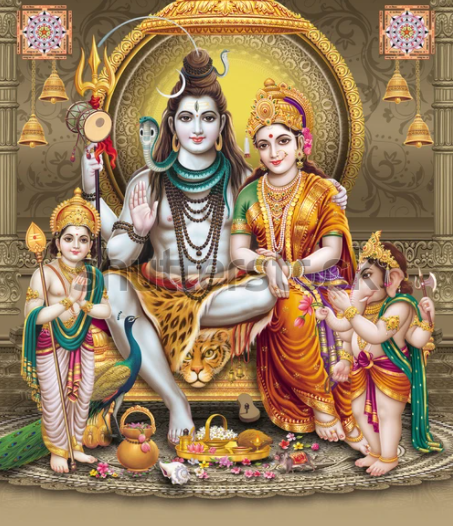 Science behind the Maha Shivaratri

Sadhguru Vasudev ji explains that – the fourteenth day of every lunar month or the day before the new moon is known as Shivratri. Among all the twelve Shivratris that occur in a calendar year, Mahashivratri, the one that occurs in February-March is of the most spiritual significance. On this night, the northern hemisphere of the planet is positioned in such a way that there is a natural upsurge of energy in a human being. This is a day when nature is pushing one towards one’s spiritual peak.  One of the fundamentals of this nightlong festival is to ensure that you remain awake with your spine vertical throughout the night to allow this natural upsurge of energies to find their way. Maha Shivratri is celebrated at Sadhguru’s ashram by 100s of thousands of people across the world.

Worship of Shiva-linga is considered the prime worship for the devotees of Bhagwan Shiva. The significance of the Shiva-linga is that it is the light (flame) form of the Supreme – solidified to make the worship of it easier. Hence the name Jyotirlinga. Bhagwan Shiva manifested Himself at twelve different places in Bharat. Two on the seashores, three on riverbanks, four on the heights of mountains and three in villages located in meadows; the twelve Jyotirlingas are spread out like this. There are legends mentioned in different Puranas about each manifestation. Try to learn about those legends from other sources. Refer to the map of Bharat (India) to learn the locations of each Jyotirlinga. 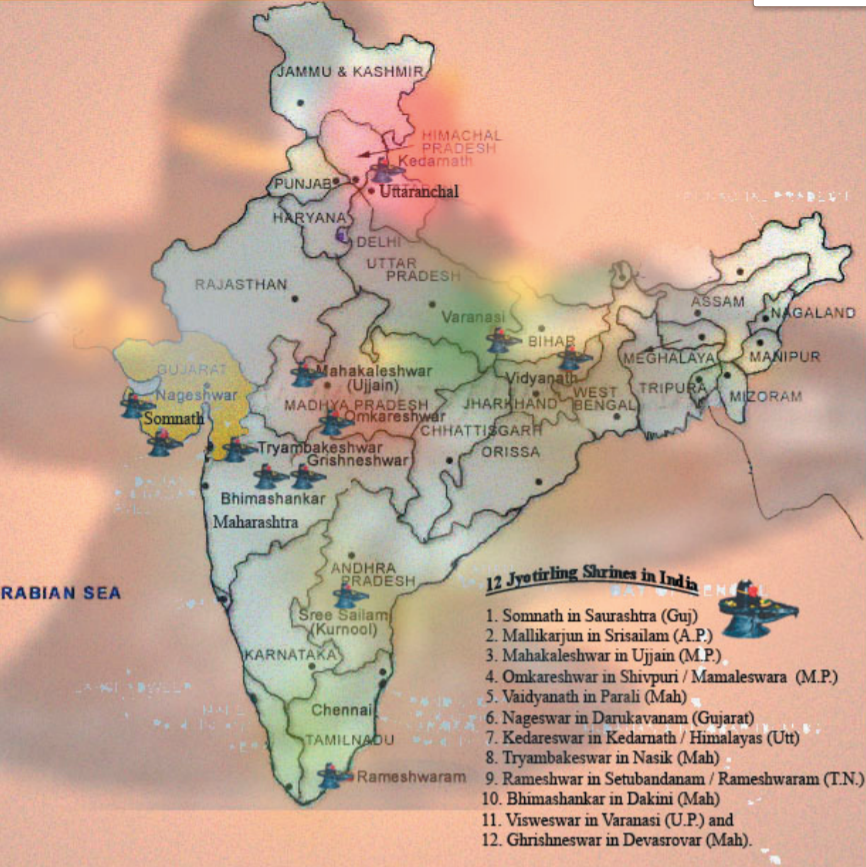