In terms of history, January is an eventful month; it includes significant events such as the birth of Swami (sage) Vivekananda, Lord Ganesha, and Martin Luther King Jr. One of the most auspicious days for the Hindus, Makar Sankranti, also falls in January, generally around January 14th. Makara (Capricorn) is one of the 12 Zodiac signs. The breakdown of Sankranti is Sama-Kranti. Sama in Sanskrit means a balanced, equal, or orderly state of existence, and Kranti means a fundamental change. Essentially, Sankranti translates to transition. Thus, the basic meaning of the Sankranti is a change towards a balanced life and social setup and brotherhood amongst all individuals. 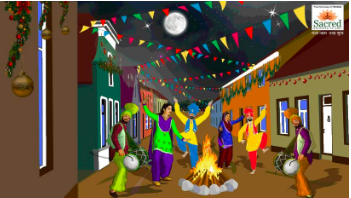 ted in different ways. During this day, elders in the family give gifts to the younger members of the family. People fly colorful kites on their roofs, playgrounds, and beaches; they also hold kite competitions. Kite-playing has been a unique and famous game being played in Bharat. People from northern parts of India get up early in the morning and do the Ganga-Snan (bathing in the waters of the holy river – Ganga) and Surya- pooja (worshipping the Sun). The month of January is the peak of the winter. On the eve of Sankranthi, people light huge bonfires around which all friends and relatives gather together. In some parts of India, a til-gul (a mixture of til – sesame seeds and gul – jaggery) is served to friends and family members. On cold days, eating til-gul helps to maintain body temperature and stay healthy. Women, espec ially recently married ones, invite each other for a get together called ‘Haldi-kumkum’ and give gifts which are useful in the daily routine. In southern parts of Bharat, it is celebrated by worshipping the Sun God. The people eat and serve a Pongal – a delicious dish of sweet rice and jaggery. 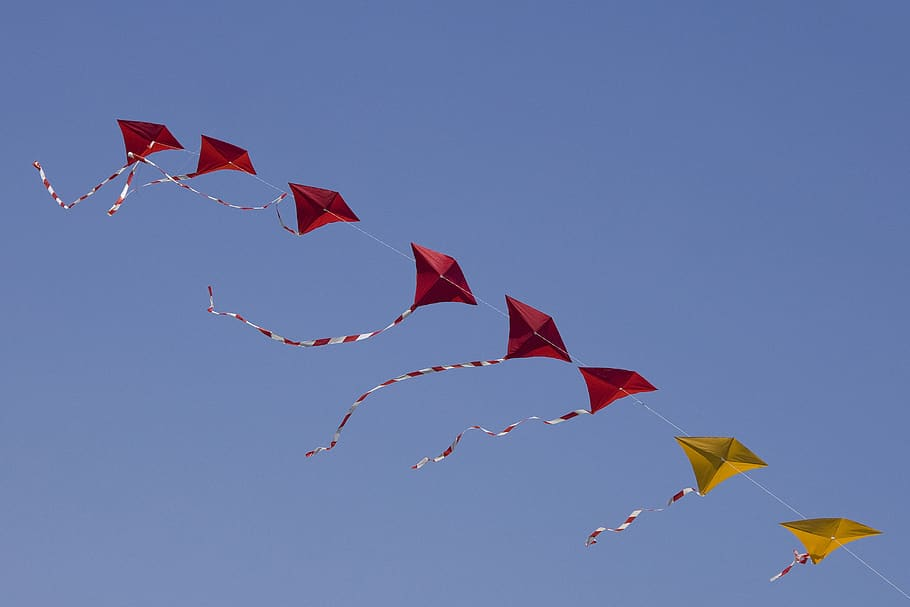 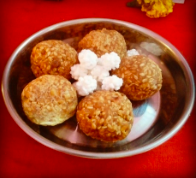 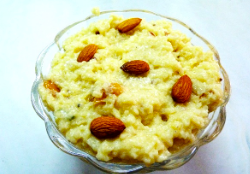 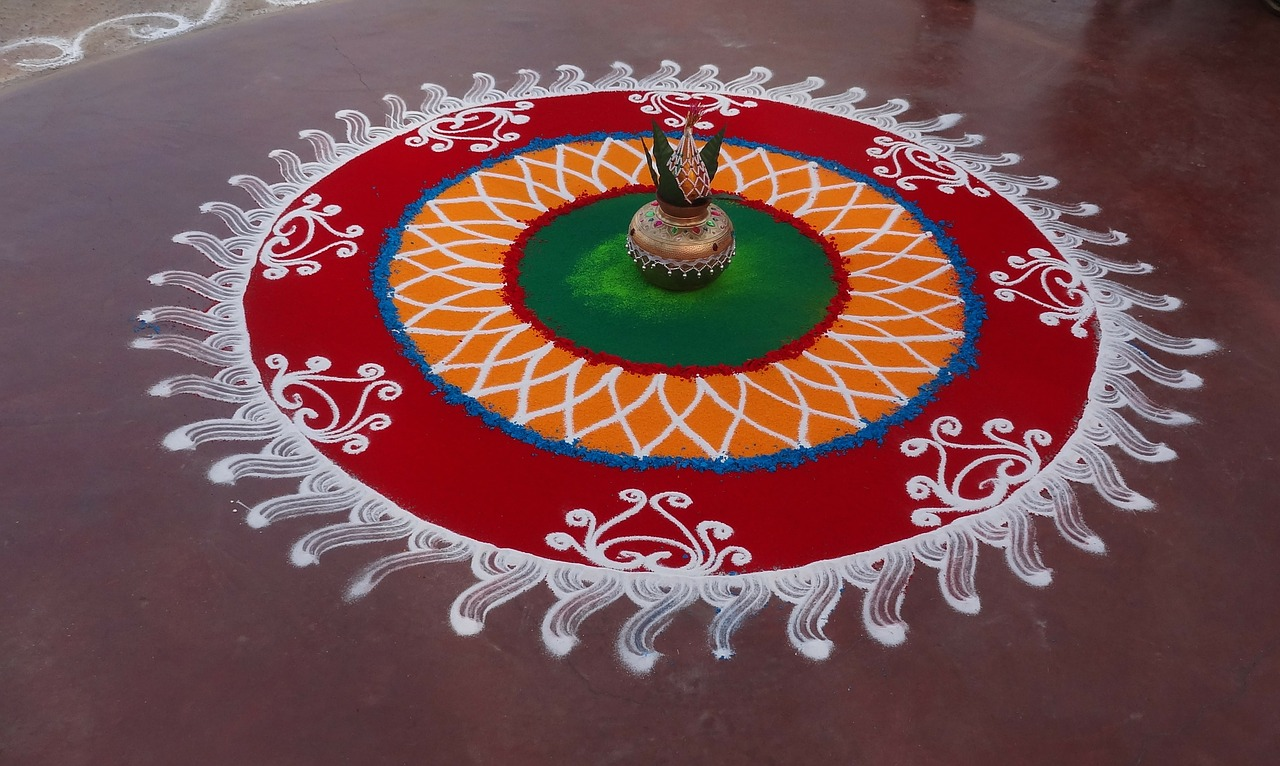 In villages, cows, bulls, and cattle are washed, decorated, and worshipped. Birds are fed colorful Pongal balls. Bullock cart races are held where the village people get together and participate. People also draw Rangolis during the festival season. This artwork is done in front of the house with rice flour and various colors. As described in the beginning, though Makar Sankranti is being known by different names and celebrated in different ways, the message delivered by it is one and the same and for all. Despite the variety of rituals and customs, there is unity and similarity in the basic concept of this festival.

The day of Makar Sankranti has great historical importance. It was the day that Pitamaha Bhishma chose to die in Kurukshetra. It was also the day when holy river Ganga flowed down from Heaven to Earth. Furthermore, it was the day when Bhagwan Vishnu killed the asuras, buried their heads under the Mandar Parvat (mountain), and ended ever-increasing violence by ausras. Just two days before the Makar Sankranti, Swami (a sage) Vivekananda took birth.

On the social ground, Makar Sankranti carries a vital significance for society’s welfare. It stands for the brotherhood amongst all individuals which is the basic requirement of the great precepts of liberty and equality. Selfishness, the ultimate destructor of the social fabric, cannot stand a spirit of brotherhood. As described earlier, it is the tradition to eat and serve til (sesame seeds) and gul (jaggery). Til represents an individual whereas jaggery represents sweetness, love, and affection. The paste of jaggery (love and affection) holds all til (individuals) together to form a social harmony. In today’s world, where a variety of faiths and beliefs exists, this kind of attitude is very much essential. This is the day considered as a time to express gratitude to the elements of mother nature which nurture and enrich human lives. This period of transition leads to longer periods of daylight and shorter nights. Light symbolizes knowledge, and brighter aspects of our lives and darkness represent ignorance and duller aspects. Thus ‘Sankranti’ signifies this positive change of increasing the good qualities in us and decreasing the negative qualities. 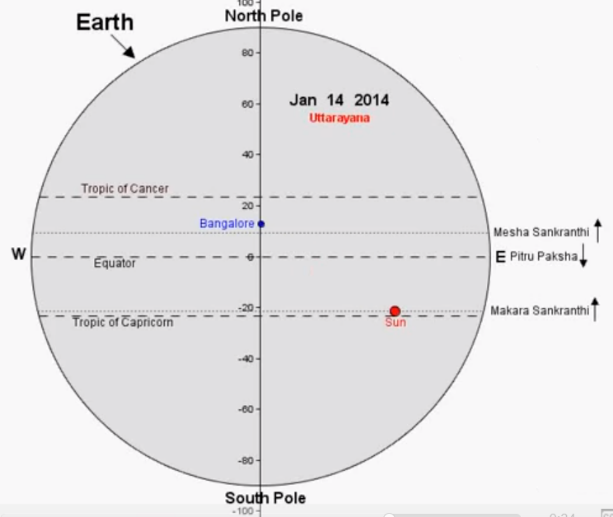 Sankranti (संक्रान्ति saṁkrānti) means transition of the Sun from one Rashi (constellation of the zodiac) to the next. There are 12 Rashis and so Sankranti happens in each month. When the Sun enters Makara Rashi (Capricorn), it is Makara Sankranti. Makar Sankranti (मकर संक्रान्ति) marks the starting of the Uttaraayana. Uttarāyaṇa (उत्तरायण) is derived from two different Sanskrit words “uttara” (North) and “ayana” (movement) thus indicating a semantic of the northward movement of the Earth on the celestial sphere. In other words, it is the day when the Sun changes the direction of its course and starts its journey in the northern hemisphere. A train makes a round trip. It reaches the destination, changes its direction, and returns back to where it started. Similarly, on this day, the Sun completes the path of Dakshinayana (southern hemisphere), changes its direction, and starts traveling the Uttarayana (northern hemisphere). The Sun changes its direction at the point of time when it enters the sign of Makara.

Makar Sankranti and a Sangh Utsav

Makar Sankranti is special for the Bala-Gokulam (Sangh) too. It is one of the six Utsav of the Bala-Gokulam. The Bala-Gokulam focuses on Makar Sankranti because it promotes brotherhood amongst all individuals which is the need of the time. It is the day of introspection and making resolutions for the entire year. In Sangh, the new Adhikari gana is initiated and the Utsav ends with the distribution of til-gul.