A young man, just graduated from college, was surrounded by various questions about his future and career. One question was always bugging him, “What is the goal of my life? Should I do a job and get married just like everyone does?” His parents wanted him to do a job and get married. Around same time, Doctorji was meticulously trying to bring this young man in to the Sangh fold. He liked Doctorji and his Sangh as well; but he was more leaned towards spirituality. And at one fine morning, he disappeared!! Quietly, without telling anybody, not even to his parents, he went to his Guru – Swami Akhandananda and expressed his desire of becoming a “Sannyasi”. But Swamiji sent him back to work with Doctorji. Who was this young man? Yes!! Madhav Sadashiv Golwalkar!! Our Guruji!!!

Madhav was born in 1906 at Ramtek near Nagpur city of Bharat (India). February 19th was his birthday. To his parents, he was their beloved ‘Madhu’. Whenever his parents sat for worship, little Madhav too sat beside them and learnt the Mantras by heart. Just like Swami Vivekananda, Madhu had a stupendous memory. He could recall whatever he once heard and read. He had a thirst to learn and understand everything that came in his way.

Madhav was rather mischievous, but always good in studies as well as in sports. he would read his textbook assignments at home, using his time at school to study other subjects. However, he never lagged behind in his school studies. In fact, he was always the first to reply to any question asked by the teachers. Madhu was an exceptional student in middle school and high school. In addition, Madhu’s high school gym instructor was particularly proud because Madhu excelled in sports and athletics as well.

As Madhav grew older, his father was transferred to different places from time to time. As a result, Madhav lived in several different places, but he viewed these as fresh opportunities to enlarge his circle of friends. He would maintain contact with friends after leaving a town through letters. Naturally, he would always be surrounded by his friends. Though his mother language was Marathi, he was well familiar with Sanskrit, Hindi, and English too. He wrote letters to his friends in English!

In 1924, Madhav graduated from the college with a first-class ranking in intermediate science. He later went to Kashi (a city in Eastern Bharat) and joined Benares Hindu University for his bachelor degree. He studied extraneous subjects like sociology, zoology and economics. His room was full of books, and he was always reading. 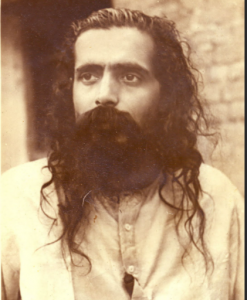 When he was not reading, Madhav would be engaged in discussions with friends, or swimming in the mornings and yogasanas in the evenings. He would also help their friends with their class assignments and studies. He also learned to play flute and sitar. During that time, he also studied the literature of Swami Ramakrishna Paramhamsa and Swami Vivekananda. Despite his extracurricular activities, Madhav completed his bachelor of science degree in 1926 and master of science degree with distinction in 1928.

Later, Madhav went to Chennai (City in Southern Bharat) to continue his studies, enrolling in a doctoral program in fishery sciences. At about that time, Madhav’s father retired and he did not have the income to support him in Madras. With a heavy heart, Madhav returned to Nagpur, without his doctorate.

Madhav came back to Nagpur. During this time, he also came in contact with Doctorji. Doctorji would attract any person towards him through his affability and magnetic personality. Naturally, Madhav liked Doctorji and his Sangh too. Madhavrao keenly observed activities which occurred in the daily Sangh shakha: prayer, exercises, sports, discussions and other intellectual activities conducive to nationalist thinking. These activities were dear to his heart and he became part of the Sangh. During this time, though Madhav shouldered many responsibilities, his mind was wandering somewhere else!

After a short time in Nagpur, Madhav received a letter in May, 1930 stating that He has been appointed as professor of zoology in Kashi Hindu Vidyapeeth. His parents were overjoyed that their ambition had been fulfilled. Madhav again left for Kashi to become Professor Golwalkar. 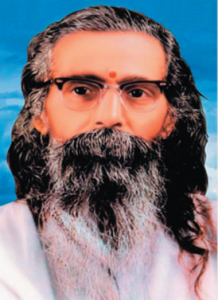 As a professor, Madhav was a strict disciplinarian. With his sharp intellect and clarity of thought, he was a class apart from other professors there. Every single activity in his routine had an assigned place and schedule. Having himself experienced poverty in boyhood, he was ever eager to help the poor and needy students in all possible ways. Even though he was a professor of zoology, he tutored needy students in other subjects after hours with a view to helping them. Consequently, he came to be endearingly called as “Guruji.”

It is natural for a young employed man in his early twenties to think of his future, whom he would marry, where would he work, and the like. But Guruji was different. On the contrary, he cherished a desire to take to sannyasa, and go to the Himalayas for penance. And at one fine morning, he disappeared!! Quietly, without telling anybody, not even to his parents, he went to his Guru – Swami Akhandananda and expressed his desire of becoming a “Sannyasi”.

Swami Akhandananda kept Guruji in his Ashram for few days. But soon he realized that Guruji was made for a noble cause. After consulting with his associate Swami Amitabh Maharaj, he advised Guruji, “Madhav, Sannyasa is not your destiny. Another great cause awaits you.” Swamiji thus ordained Guruji for the service of Bharat Mata. Now Guruji was completely convinced. He found his goal of life. He gave up his desire of being a “sannyasi” and went back to Nagpur. Doctorji was the happiest person to see Guruji back in Nagpur.

Guruji, then, spent all his life in expanding the Sangh work throughout Bharat (India). After the sad demise of Doctorji, he assumed the office of Sarasanghachalak (chief) of the Sangh. After becoming a Sarasanghachalak, Guruji steered the Sangh for 33 years (1940-1973) as its guide and philosopher. Shree Guruji breathed his last on 5th June 1973.