Mrikandu was a great rishi (sage). Marudvati was his wife. For a long time they had no children. The rishi prayed to Bhagwaan Shiva. Shiva appeared to him, and said, “I am pleased with you, Mrikandu. Tell me, do you want a hundred sons, who will live for a long time, but will all be foolish? Or, do you want one very intelligent son, who will live for only sixteen years?” 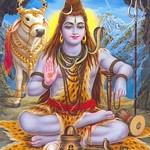 The rishi at once said, “Bhagwaan, give me that one intelligent son.” God Shiva said, “Good! You shall have him.”

Not much later, the rishi got a son. He named him Markandeya. The boy grew to be very intelligent and handsome. Soon an Upnayanam was held for Markandeya. The Upnayanam or sacred thread ceremony, is generally performed when a boy reaches seven years of age. It symbolizes the beginning of his path towards knowledge. Markandeya learnt the Vedas and Sastras quite easily. He was also well respected among people.

As Markandeya was nearing the age of sixteen, Rishi Mrikandu became sadder and sadder. One day Markandeya, who noticed his father’s sadness, asked his father: “Father, why do you look so sad?”

The rishi said, “Son! What shall I say? When Bhagwaan Shiva gave you to me, he said that you would live for only sixteen years. You are now about to reach that age. How can your mother and I bear to lose you as we will at the end of this year?”

Markandeya said, “Father! Is that the reason? Bhagwaan Shiva is very kind to his devotees. You yourself have told me that he has saved many people from death before. I have also read about this in the Puranas. I shall therefore worship Shiva day and night from today. I am sure he will save me too! “ Rishi Mrikandu was very happy to hear his son say this and thus, he blessed his son. 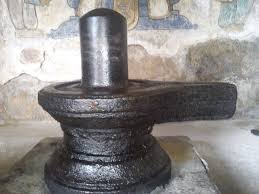 Markandeya built a Shiva-Linga at a spot on the sea-shore. He started worshipping Shiva morning, noon and night. He sang bhajans, and often danced in joy. On the last day, Markandeya was about to sing bhajans, when Yama, the God of Death, came to him. Yama rode on a buffalo and held a noose in his hand. He spoke to Markandeya, “Stop your bhajan! You boy! Your life in this world is over. Be ready to die.” 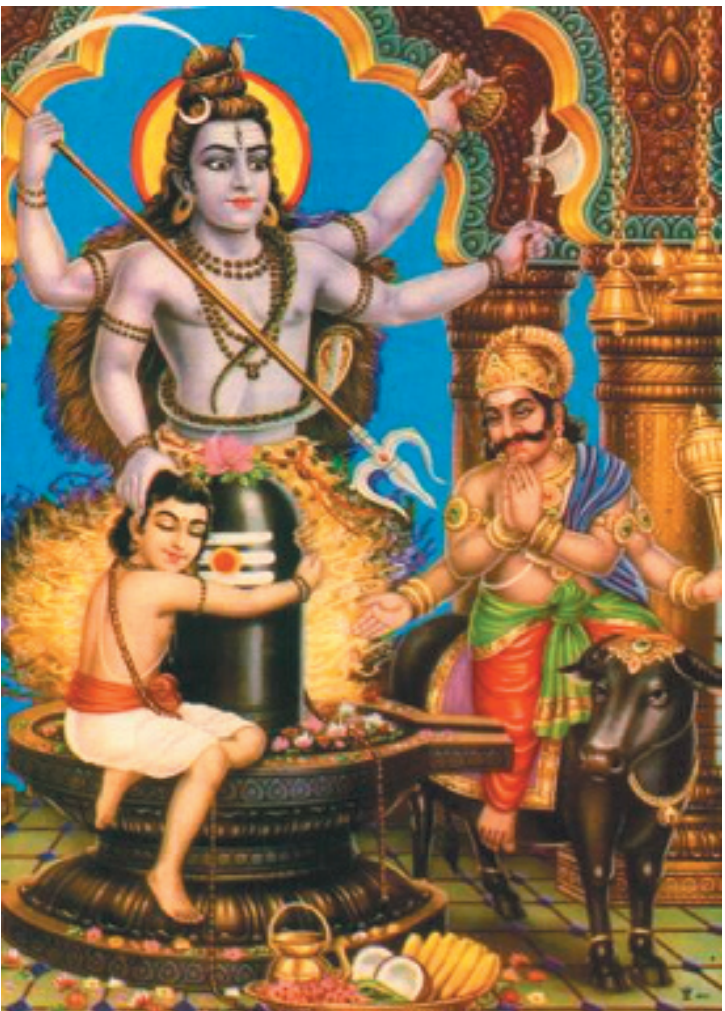 Markandeya was not afraid. He clung to the Shiva-Linga as one clings to one‛s mother. Shiva-Linga is what we use to represent Bhagwaan Shiva. Yama, the bhagwaan who takes us from this life, had come to take Markandeya as per the boon given to Mrikandu. So, Yama threw his noose around the boy‛s neck, and pulled him along with the Shiva- Linga.

Suddenly, the Shiva-Linga burst open and Shiva himself appeared out of it, and said, “Yama, leave him. He is my beloved devotee and he will live forever!” Yama went away crest-fallen. Markandeya then prayed to Shiva more passionately than ever. This prayer says at the end of each line, “What can Death do to me?” Many people recite this prayer even now.

Markandeya came home, and fell at the feet of his parents. They embraced him, and wept with joy. Markandeya became a great rishi, and lived for a long time.

What we can take away from this story is to learn from Markandeya’s devotion to Bhagwaan. We should try to be just as faithful and devoted, no matter what challenges we face. Even the smallest tasks such as picking up trash from the floor or bringing water for your parents shows the love and respect you have. Devotion to Bhagwaan can be expressed in many ways!