We must always be proud to serve

Home  /  Amrutvachan  /  We must always be proud to serve

Work in the interest of the Hindu Society 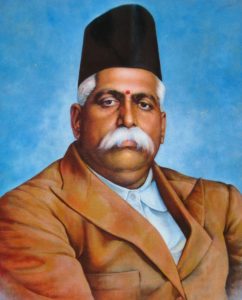 “We must always be proud to call ourselves Hindu and it should be a pleasure for us to work in the interest of the Hindu  Society.”

Dr. Keshav Baliram Hedgewar was born on Yugadi of 1889. He was the founding Sarsanghachalak of the Rashtriya Swayamsevak Sangh (RSS) in Bharat. Doctor ji founded RSS in 1925 on the day of Vijayadashami with an aim to organize the Hindu community for its cultural and spiritual regeneration and make it a tool for achieving complete independence for a united India. Hedgewar suggested the term ‘Rashtriya’ (national) for his Hindu organization, for he wanted to re-assert the Hindu identity with ‘Rashtriya’. Hedgewar supported the setting up of a similar organization especially for women in 1936 called Rashtra Sevika Samiti. He passed away on June 21st, 1940.