Bhagwan Mahavira was born in 599 B.C. at Kshatriyakund (near Vaishali city of India) to King Siddhartha and Queen Trishala. They were very religious people and were followers of the Bhagwan Parshvanath. Queen Trishala had fourteen dreams (some believe sixteen dreams) when she conceived Bhagwan Mahavira. While she was pregnant, the prosperity of King Siddhartha grew. The parents attributed their success to the baby. When the baby was born, he was named Vardhaman, which literally means “prosperous”.

Vardhaman had a bold and fearless personality from his childhood. He had once saved his friends from a snake when they were playing games. Another time, a heavenly angel joined them in the disguise of a young boy. According to the rules of the game, Vardhaman had a chance to ride on the boy’s back. While he was riding, the boy turned into a monster in order to scare him. Vardhaman, however, overcame the monster and so the heavenly angel then appeared in his true form. He praised Vardhaman for his boldness and called him “Mahavira” meaning “very brave”, and so the name stuck. 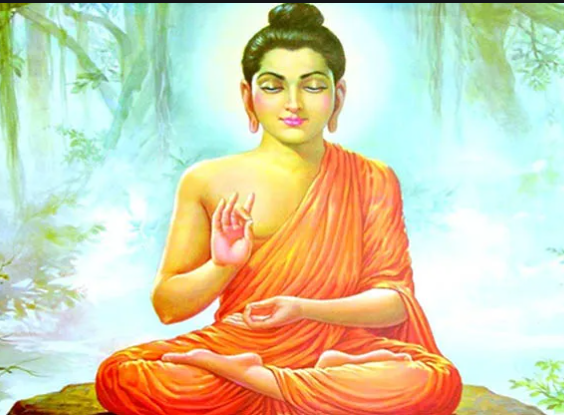 Though Mahavira was born with worldly comforts and luxuries, they never attracted him. He lived a simple life. When his parents died, he decided to be a monk. He asked his brother to allow him to take leave and lead a life of a monk. His brother was still mourning the loss of their parents and so he requested Mahavira to wait for a couple of years before leaving. Mahavira waited for two years, during which he led a totally detached life. After realizing this, his brother gave him permission to become a monk. Mahavira was thirty years old when he gave up his worldly life and activities. He instead devoted his time to meditation and austerities. He endured a great deal of physical pain and torture from various sources. One of the most severe of those pains was from the biting of the highly poisonous snake, Chandakaushik. Bhagwan Mahavira remained calm and peaceful in the midst of all these torturous events. He never lost his serenity and never developed hatred for anyone and kindly forgave all of them. He continued living in this highly disciplined manner for twelve and a half years. At the age of forty-two he attained omniscience, Kevala jñāna (supreme wisdom). He became Jina, the twenty-fourth Tirthankar, of the present era. As omniscient (all-knowing) he knew everything of the past, present and future. 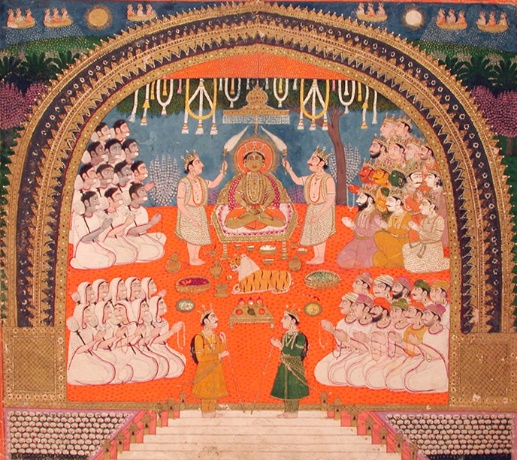 As the last Tirthankar, he revived the religious order, Jain Sangh, consisting of monks, nuns, Shravaks and Shravikas. His chief disciple (Ganadhara) was Gautamswami, a well known Brahmin scholar of the time. Bhagwan Mahavira had eleven Ganadhars. Those Ganadhars compiled twelve scriptures based on what Bhagwan Mahavira taught. These scriptures are called Agamas which were passed verbally from preceptor to pupil for a long time. They were put into writing about 890 years after the death of Mahavira. 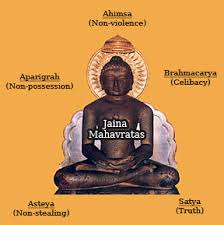 During the time of Bhagwan Parshvanath, there were four great vows which monks and nuns had to follow. Realizing the status of mind of current and future sadhus and sadhvis, Bhagwan Mahavira added non-violence as another vow to them. The five vows are: Ahimsa (Non-violence), Brahmacharya (Celibacy), Satya (Truth), Asteya (Not stealing) and Aparigraha (Non-acquisition).

During those days, people used to conduct, violent sacrificial rituals in the name of religion. The teachings of Bhagwan Mahavira opened their eyes and they adopted the principle of non-violence. His sermons encouraged people to build a happy and harmonious society.

After offering guidance to the people for thirty years, Bhagwan Mahavira attained Nirvana in 527 B.C., at the age of seventy-two. Nirvana means that he attained liberation and became a Siddha who no longer has to undergo the cycle of birth and death. 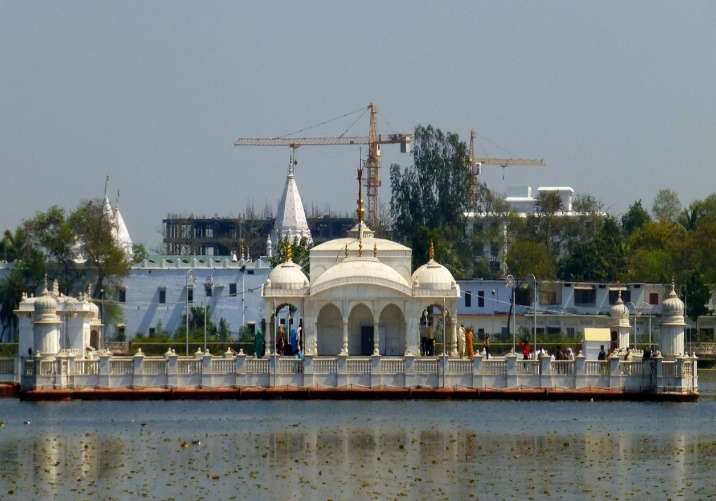 The birthday of Bhagwan Mahavira is observed by both the Digambara (Sky-clad) and Svetambara (White-clad) Jains on the 13th day of the bright half of the Chaitra month (March-April). This birth anniversary is celebrated throughout the country of Bharat, but it is celebrated with special charms in Rajasthan and Gurjarat, where the Jains are relatively in greater numbers than in the other states. Jaina Shrines at: Girnar and Palitana in Gujarat, Mahavirji in Rajasthan, Pawapuri and Vaishali in Bihar (the bottom picture on the left) are some of the many sacred Jain shrines in Bharat. Since Vaishali was the birthplace of Bhagwan Mahavira, a grand festival called “Vaishali Mahotsav” is celebrated in great pompous fashion to give honor to the last Tirthankara. On this auspicious day, grand chariot processions with the images of Mahavira are carried out, rich ceremonies are held in the temples, fasts and charities are observed by the people, Jaina scriptures are read, and grand fairs are set up.