Many Hindu families observe fast on Mahashivaratri, Krishna Janmashtami, Ramnavami, Karvachauth, Hartalika, Navaratri and so on. I am sure even your family must be one of the religious families observing fast and  doing poojas on auspicious days. Have you ever wondered how your parents come to know about these special days even though these are not mentioned in our regular Gregorian  calendar? If your guess is ‘Hindu calendar’, then you’re right! We use a Hindu calendar called ‘Panchang’ to find out the dates of Hindu festivals and auspicious times to perform certain rituals and conduct poojas.

What is Panchang based on? 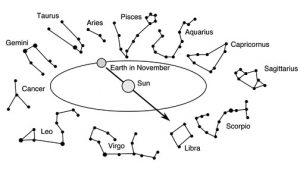 Panchang is based on two elements: the movement of the Sun (Solar) and the Moon (Lunar). Therefore, Panchang is a Lunisolar calendar. It has a solar year and is divided into 12 lunar months. Furthermore, these months are laid out in accordance with the successive entrances of the Sun into the 12 Rashis (Zodiac Signs) derived from the 12 constellations. This offers a multi-dimensional method of structuring time.

What are the different elements of Panchang?

‘Panch’ means five and ‘aang’ means limbs, so when you combine them together, you get ‘Panchang’ which means five limbs of time. These five limbs are:

We will learn more about each of these elements on the subsequent pages.

How is the information in the Hindu calendar organized? 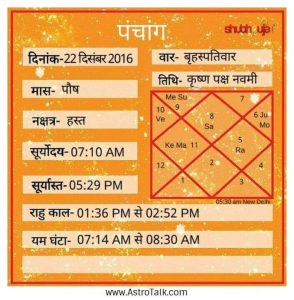 In the Hindu calendar, the information is organized in the form of the name of the year, year number, name of current lunar month, name of the current solar month, plus the above mentioned five elements, namely, tithi (date), vaar (day), nakshatra, yoga and karna.

In addition, the calendar also gives details such as the name of the current season, constellation, eclipse dates, everyday sun rise, sunset, moonrise, moonset time, auspicious time and so on. One needs to understand all these elements to be able to read the calendar.

One needs to understand all these elements to be able to read the Panchang correctly.

How old is Panchang?

It has been noticed that the knowledge of constellations, movement of planets, seasons and even eclipses have existed since the beginning of the Vedic age. Puranas have many stories around lunar and solar eclipses. Moreover, Hindu scriptures also have references to professional astronomers called ‘Nakshatra Darshaks’ (i.e. star gazers) who observed and recorded the phases of the moon in reference to fixed constellations of stars. In addition, Rig-Veda, the first of the four Vedas, cites months being lunar, but years solar.

Evidence has proved that the method of time calculation, its precision and correctness sharply distinguishes Panchang from the rest of calendars as it takes into account the movement of Sun, Moon and stars. Therefore,  it is by far the most precious and scientific dating system in the world.

As you will learn about different elements of the Panchang, you will notice that our Hindu calendar is more complex and more accurate than the western calendar, which is built around only one main element – the Sun and thus, has only two basic units of time: Solar days and Solar years.

Which parts of the world other than India use the Hindu calendar?

Hindu calendar became popular in Nepal, Tibet, Thailand, Java, and other regions of south-east Asia. Over a period of time, multiple variants of this ancient system came into existence in different regions.

Can you find out any story from Hindu Dharma with reference to lunar eclipse?