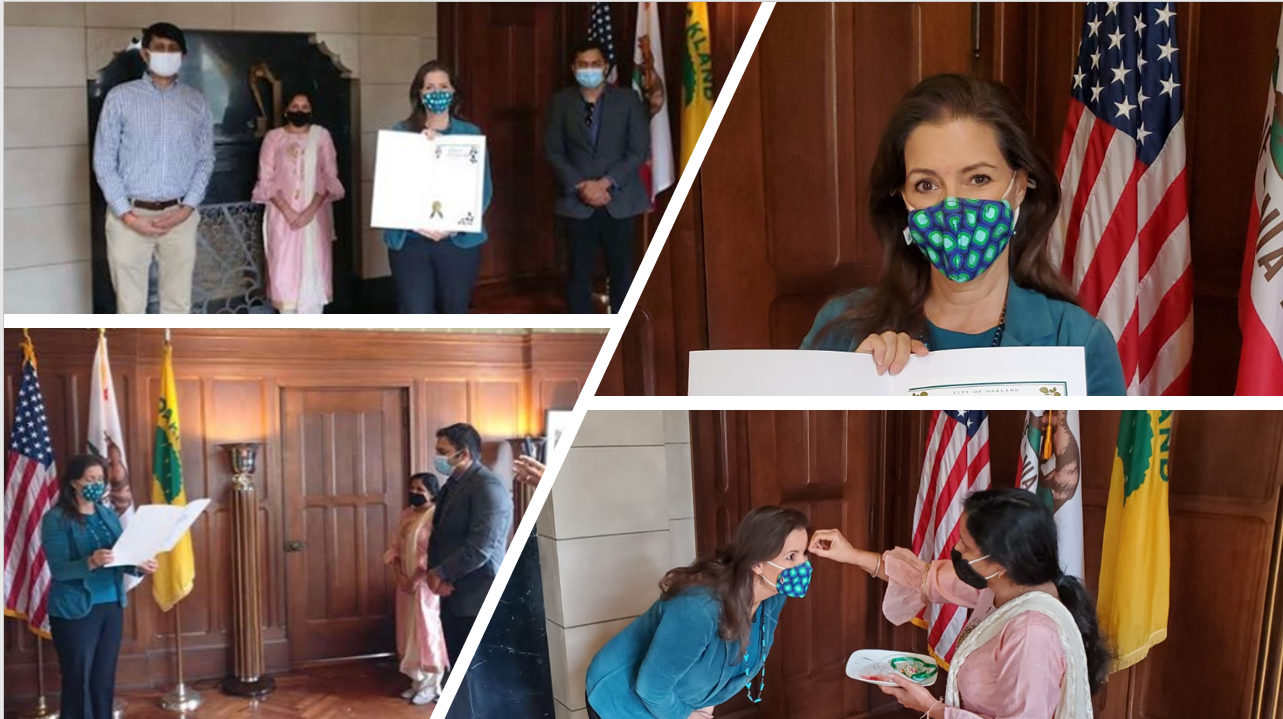 Proclamation from City of Oakland by Mayor Libby Schaaf

Today we HSS Alameda Team got an opportunity to meet Mayor of Oakland Libby Schaaf in her office. It was wonderful meeting her. She acknowledged the work that HSS has put forward in the Oakland area by offering us a proclamation(by herself). This was the first time we made a footprint in the Oakland area, which is mostly dominated by African American and Hispanic community. It was a little special for the HSS Alameda team as we were getting First proclamation from Oakland and most importantly, it was the first time on Universal Oneness "Raksha Bandhan '' day. During our interaction